File Naming Convention | Beyond Who, What, Where, When, Why 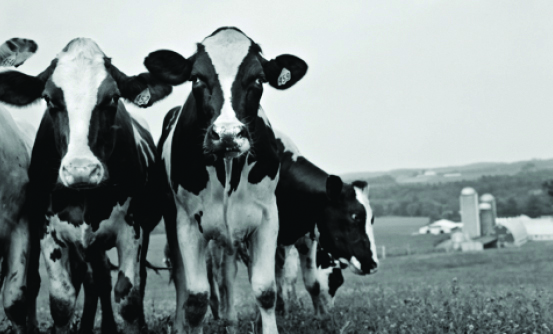 Why would you want to start a file naming convention? Creating a nomenclature for your assets can allow users to quickly see basic information about the file’s contents at a glance. And, when sending a file externally, it tells the recipient more about what is in there and helps them keep track of it when saved locally. It may also allow you to simplify your folder structure some, paring down the levels. But it tends to work best in certain situations, so there are a few things you will need to keep in mind.

Who are your end users? How useful would a naming convention be for them? It could be a great quick-reference, to know more about the file’s contents without taking the time to open more windows. Or, they might not pay attention to the file name at all.

You may need to think outside your internal users, too, and consider where you send files externally. What do those recipients need? Do you want them to download a file called untitled.jpg? And, if they contact you later, asking questions about a file named IMG_0015.jpg, will you even know which file they are referring to, since you could have multiples? It adds value to more accurately label the file with a logical name.

And who are your uploaders? How many people upload files to the DAM? If it is a large team, can they be trusted to follow a naming convention? It is easier to monitor and be consistent in the naming when there is a smaller admin team of gatekeepers in charge. Often companies have multiple admins contributing to the library, so file naming conventions are harder to enforce. But that’s not to say it can’t be done with a big group, as long as everybody is on board and the naming is simple.

When should file naming happen? The best answer for that is before the file reaches you. If you have a photographer or designer creating assets for your company, discuss your naming needs with them. What information do you want in the name and what metadata do you want captured? They should be able to provide you the files already named and embedded with metadata.

If you have files (existing or new) without unique names, the best time to edit those is as early as possible in their life cycle, at upload or when you are adding metadata to them. Make sure you document your file naming convention and provide that information to all your team members so that everyone is on the same page and has a reference sheet to guide them.

Where would having taxonomy make sense? It could be helpful in your entire library, but you don’t necessarily have to use a naming convention in every part of your DAM. It might make sense to do it in one area and not in another. If you have a spot with licensed, cleared imagery, that might be a good place to use the nomenclature since those images have been vetted and approved. Or, maybe just using a specific naming convention on a file can signify something – it is final, ready to use, licensed, the latest and greatest.

What goes into a name? There are lots of ways to do it, but here are some suggestions on where to start.

First-off, keep it simple! It is easy to get bogged down in specifics, but remember that the filename is not the sole source of information on the asset. All of the file information should be included in the (searchable) metadata, so the name is really just an initial reference point. Simplicity is especially important if you have a larger team involved in naming files. You want to hit the sweet spot of enough information to make the name unique, but not so much that the nomenclature becomes too cumbersome and falls by the wayside.

Often, looking at your DAM folder structure can help you think through the beginnings of a naming convention. Can some of your folder structure be simplified? Can you include additional information in the file name in order to get rid of a level (or two or three) of subfolders? If so, do not forget to make sure that the pertinent information gets added to the description of the files too, making it easily searchable.

Naming strategies assist with legibility but are also important for file stability.

Naming strategies assist with legibility but are also important for file stability. As we will hear below, moving thoughtlessly named files across systems can cause various problems.

We asked some information professionals for their take on this question of file naming conventions and challenges;

It is an ongoing conversation between the digitization folks and the archives folks about how much information we need in a file name. We do try and make them meaningful, but there is a danger of creating really long file names and convoluted formulas that mutate and become nonsense over time.

We use different filename conventions to manage files across systems to aid both internal and external searchers. In some instances, we use unique ID numbers vs. semantic names to eliminate confusion around the use of assets which are re-purposed across products, programs or business units. Often these ID numbers also contain format and language code metadata which helps the searcher to quickly differentiate between multiple availabilities of the same content record.”

To aid end-users we have sometimes augmented the semantic title of an asset with additional metadata, i.e., genre or content type. While our users also have access to filters and other subject-related metadata, using a convention in the asset title itself is one more thing that may help them get to the content they need faster.

File naming conventions come in a myriad of contexts. My background in providing guidance on them is in regards to record keeping practices. For example if one is dealing with records with trigger dates for retention, file them by year/month.

The other scenario I have been in with file naming conventions is with records creators (who would ultimately send along records to archives) or with staff who are doing digitization work. The guidance here is to enable file and folder stability across operating systems, so tell folks not to use illegal characters, to use underscores instead of spaces, and try to not make file names extremely long (to reduce issues with character length restrictions on operating systems).

Dairy farmers often use a “ naming system” for their animals. One convention is to use names beginning with A for those cows born in a certain year (Apple, Amy, Abigaile); B names for the next year (Buttercup, Bessie, Blossom); C names for the year after, etc. They do this for many of the same reasons we use file naming in asset management; to create a recognizable naming convention that tells you something about the object, that everyone can understand, and is easy to continue. The names now communicate extra information about the animal, e.g. what year it was born, or what place it had in the line of animals housed at the farm, or more.

How to rename files

How can you easily rename your assets? Once you have decided on a file naming convention, it is time to implement it. If you have a large batch of similarly-to-be-named files, there are numerous apps that can help you change those names. They can add numbers, replace existing text, or even swap from number sequencing to letter sequencing.

In many DAM applications you can change filenames at the upload stage and also later once the files are uploaded.

Whatever you decide it is imperative that you share the procedure with your content creators, so the files are delivered to the library already named correctly. Pushing the file naming up the chain to the point of creation takes the burden off the file manager and thus has a much higher chance of long-term success.